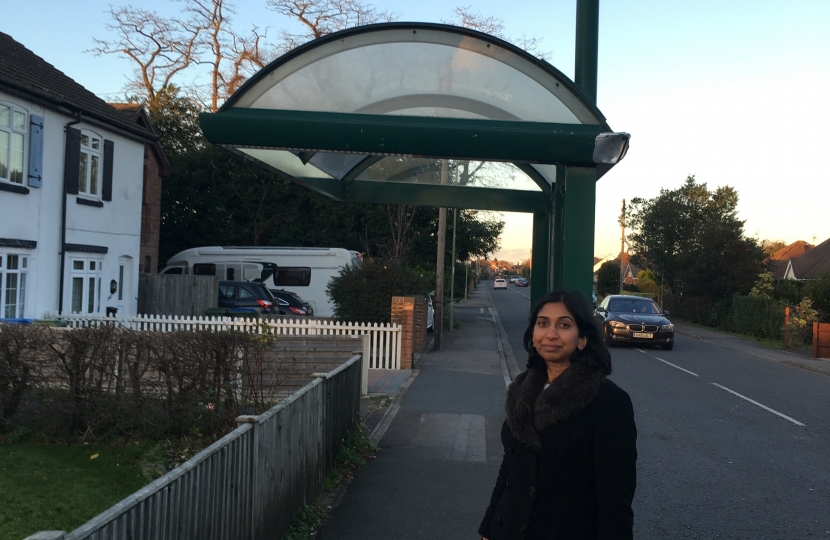 It comes as thousands of Fareham patients are set to benefit from a new same-day GP appointment service – also known as Fareham Primary Care Service – which was launched in September 2017. While I have welcomed the new service, I am concerned that patients who rely on public transport may have trouble accessing it. Patients currently have to get off at Bridge Road, which is the closet stop to FCH using the X4 route, and then walk down Brook Lane.

I lead Fareham Community Hospital Taskforce, a group which has been campaigning to increase the usage of FCH.  I met with the managing director of First Group, the bus company which manages the X4 route and managed previous services to the hospital, to request the reinstallation of a bus stop at the hospital after the route had been withdrawn in 2012. But I was subsequently told that there were no plans to redirect the route to include FCH. With the hospital now due to see much greater usage as a result of the new Fareham Primary Care Service, I am again calling for a change to the route to support local people travelling to and from appointments.

I wrote to First Bus Managing Director Marc Reddy to raise my concerns and was very disappointed to learn that he believes the route is not profitable enough to run. A survey I launched of FCH users revealed that over 99 percent of respondents supported a bus stop at FCH. The survey also highlighted that 70 percent of those travelling to the hospital do so by car, while 10 per cent currently travel to FCH by bus. But, critically, around 99 per cent of respondents stated they would use a bus stop if it were provided, including current car users.

People who are going to FCH should not have to deal with the added worry of not knowing how they will get to and from their appointments. I have been contacted by patients, particularly elderly and disabled people, who struggle to walk from the bus stop, can’t afford a taxi or don’t have relatives or friends who can drive them. A stop at FCH would make all the difference. The X4 would only take a short diversion to service a stop at FCH. The case for a bus stop is now even stronger, with usage set to increase substantially with the addition of same-day-access-services at FCH.

I am calling on First Bus to install a bus stop at Fareham Community Hospital.

In a letter sent by First Bus Managing Director Marc Reddy, he stated that a lack of customers and possible disruption to the current route make any service to FCH unviable and would not be profitable enough to run, despite only meaning a minor change to the route.

I had a constructive meeting with GPs at Brook Lane Surgery in Fareham where we discussed the challenges facing the practice and local health care in the area.

At the meeting, GPs talked of possible strains on services that may arise from new developments in the area.