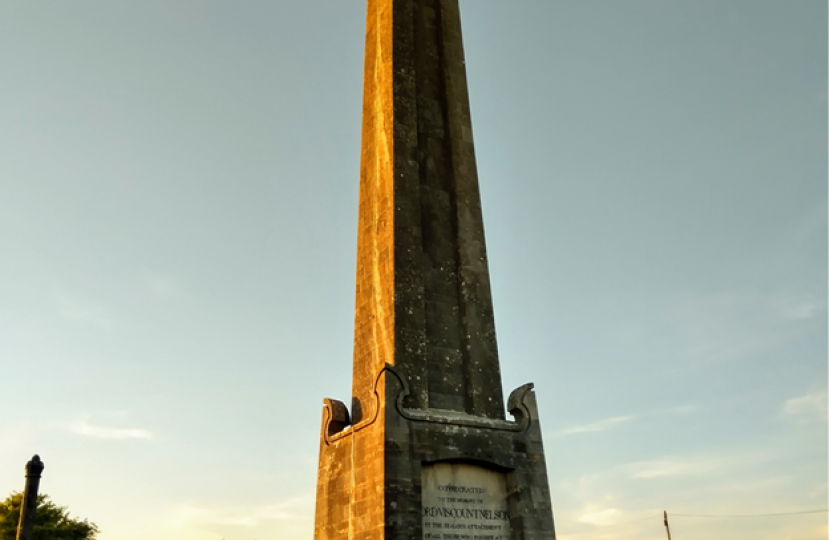 I thought it would be useful to outline the Government’s view on the heated debate in the last week about the removal of public monuments due to the past views or actions of those historic figures.

Upholding the rule of law

As Conservatives, we believe in the rule of law. We should not support or indulge those who break the law, or attack the police, or desecrate public monuments. The Home Secretary has been clear that the police should enforce the law, and those who commit acts of criminal damage should face prosecution.

Free speech and freedom of association are fundamental British rights. But large gatherings are currently unlawful, in order to protect the lives of the public. It is clear that recent protests have been sadly hijacked by extremists intent on violence. The attacks on the police and indiscriminate acts of violence, which we have witnessed over the last week, are intolerable and they are abhorrent. The only responsible course of action is to stay away from these protests.

Ahead of protests in London this weekend, English Heritage has installed some hoardings around a number of monuments (as it has done in the past). These are very much temporary measures which are regretfully necessary to protect them, and will be removed shortly.

Respecting our democracy and due process

In our democracy, if one wants to change the urban landscape, this should be done through the democratic system.

Many memorials are listed and may not be removed without planning permission, which is a quasi-judicial process. Street names may not be changed without the formal consent of two-thirds of local taxpayers who reside in the street.

We should all respect due process and fair hearing, rather than tolerate criminal acts and mob rule. Where change is proposed, consultation – and listening to the whole community rather than just street protestors – is an important part of due process.

Many public memorials are erected on land overseen by local authorities. Elected councillors have responsibility for such municipal sites, accountable to local voters.

The Government itself does not propose to remove statues or memorials on its property. We believe it is always right to examine Britain’s history, but removing statues and renaming streets does harm rather than good. Our aim should be to use heritage to educate people about all aspects of Britain’s complex past, good and bad, rather than air brushing history.

Historic England, as the Government’s adviser on the historic environment, are against removing so-called ‘contested heritage’. Their guidance explains:

“Historic England encourages contemporary responses to contested heritage that do not lead to removal or significant alteration of protected historic sites or monuments.”

“Removing difficult and contentious parts of the historic environment would risk harming our understanding of our collective past.  Instead, we would usually recommend that clear, long-lasting and/or innovative reinterpretation at or near a contested object or site can be used in order to reflect a changed context and contemporary understanding of the (say) statue or memorial.”

History is ridden with moral complexity. Some of these statues do represent figures who have said or done things which we would not defend today. But as the Prime Minister has explained today:

“The statue of Winston Churchill in Parliament Square is a permanent reminder of his achievement in saving this country – and the whole of Europe – from a fascist and racist tyranny. It is absurd and shameful that this national monument should today be at risk of attack by violent protestors.

“Yes, he sometimes expressed opinions that were and are unacceptable to us today, but he was a hero, and he fully deserves his memorial. We cannot now try to edit or censor our past.

“We cannot pretend to have a different history. The statues in our cities and towns were put up by previous generations. They had different perspectives, different understandings of right and wrong. But those statues teach us about our past, with all its faults. To tear them down would be to lie about our history, and impoverish the education of generations to come.”

We all share the feelings of outrage at what happened in Minnesota and understand the legitimate desire to protest against discrimination. In The Voice newspaper this week, the Prime Minister also wrote:

“The death of George Floyd took place thousands of miles away – in another country, under another jurisdiction – and yet we simply cannot ignore the depth of emotion that has been triggered by that spectacle, of a black man losing his life at the hands of the police…

“In this country and around the world his dying words – I can’t breathe – have awakened an anger and a widespread and incontrovertible, undeniable feeling of injustice, a feeling that people from black and minority ethnic groups do face discrimination: in education, in employment, in the application of the criminal law…

“We face a great task: to relaunch this country after Coronavirus. So let’s work peacefully, lawfully, to defeat racism and discrimination wherever we find it, and let us continue to work together across all the communities of this country, as we put Britain back on its feet.”