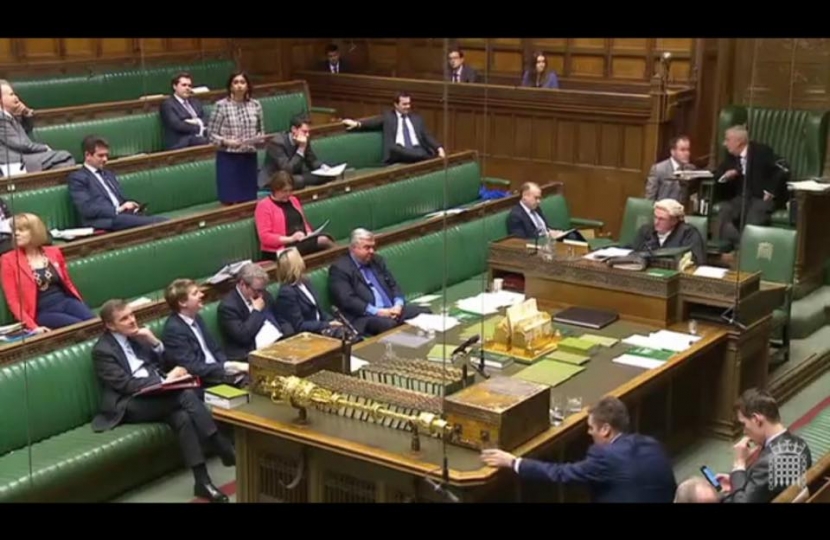 I am pleased to respond to the Budget. I welcome the Chancellor’s commitment to consolidating the UK economy and investing in the next generation through education, skills and innovation.

I have two main points to make. First, support provided for ordinary families, children and young people is only possible because of a resilient economy. I am delighted ​by the various forecasts and upgrades that were set out at the beginning of the speech delivered by my right hon. Friend the Chancellor. As well as the OBR having updated growth this year from 1.4% to 2%, we should note the jobs miracle in this country and the upturn in employment since the Conservatives were elected to power in 2010. The fact that employment has risen from 70.2% to 74.6%, with a further two thirds of a million in work by 2021, has not happened by accident. It has happened because of a concerted effort to get people off welfare and into work and to create a jobs climate in which employment pays. Despite the higher than target inflation, real wages will also continue to rise in every year of the forecast.

The positive picture is further reflected in the predicted fall in public sector net borrowing and in relation to the debt we still face in this country. When Labour left office in 2010, we were borrowing £1 in every £5 we spent, which was unsustainable and irresponsible. This year, it is set to be £1 in every £15, so we are back on track towards living within our means.

All those elements contribute to and add up to a strong economy. Since the referendum, that strength has been undeniable. We heard today about Nissan and Google investing in the UK, but it goes much further. Despite the predictions this time last year about a recession, with a cost per family of £4,300, and of negative forecasts from the IMF, the IFS, the OECD and the Bank of England, the reality has been very different indeed. UK manufacturing has hit a two-and-a-half-year high, and services are seeing similar growth. The UK was the fastest-growing economy of the G7 last year, and PwC predicts that we will be the fastest-growing economy until 2050. Other companies are making significant commitments to the UK: Jaguar Land Rover, McDonald’s, Facebook, Adobe, IBM, Ford and Toyota have all made commitments to significant job creation and investment in the UK. I say that “Project Fear” is over and that it is time for “Project Cheer”.

The facts and figures and the behaviour in our economy since the referendum reflect the strength and resilience of our consumers, our economy and our businesses. That is laying the ground for a successful future as we leave the European Union.

My second point relates to education and skills. Education is the engine of aspiration and one of the core reasons that I am a Conservative. I believe in self-improvement, personal responsibility and hard work. This Conservative Government have notable achievements, such as 1.8 million children now being in good or outstanding schools. Of course, the job is not done. Much of that success can be linked to the free schools revolution. Today, we have seen £320 million of capital investment to create new free schools and extend this ​success story, which is empowering teachers and improving standards in schools. Some 70,000 new school places will be created following today’s announcement.

As someone who co-founded, set up and now chairs a free school, I am a fan of them. I have seen in the three years in which I have founded and chaired Michaela Community School, in an area of deprivation in inner-city London, how our teachers have been freed to pioneer new teaching methods and how they have gained more power and autonomy over their spending, curriculum and teaching methods. We are seeing fantastic results.

That leads me to selection and grammar schools. We know that grammar schools also work very well, with 90% of them being good or outstanding. The Select Committee on Education has examined considerable evidence of their effectiveness in achieving high progress rates for their children. In the Netherlands, selection takes place at 12 and it does better than us in the PISA tables, which shows that selection is compatible with good results. The Sutton Trust has showed that there would be no adverse effect on non-grammar schools and ResPublica recently commissioned an independent study that showed that a grammar school would have a transformative effect on a deprived area like Knowsley.

I am a Conservative because I believe in aspiration, in rewarding effort and in fairness. The Budget reflects those values and I am pleased to support it.

The full debate can be accessed here