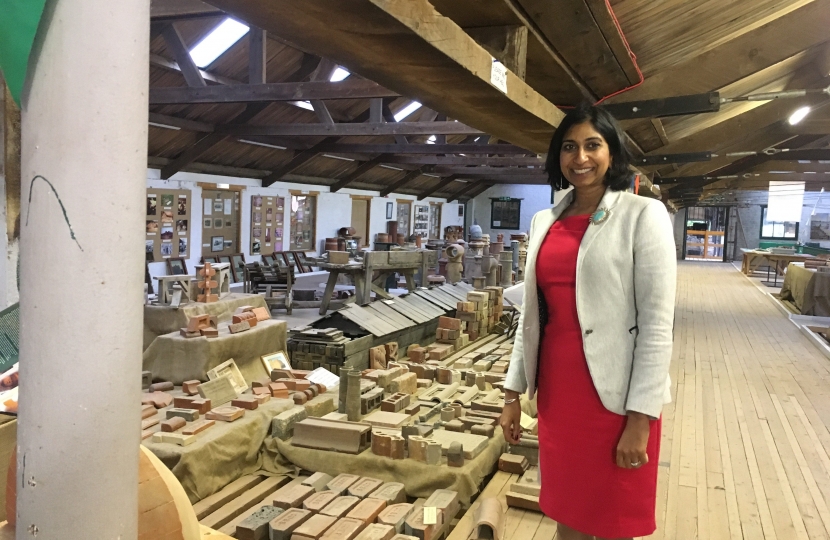 Good afternoon, may I first of all thank everyone at Hampshire Buildings Preservation Trust for organising today’s seminar, and inviting me to say a few words and chair the panel.

It is also part of a wider process of modernisation so that our existing defence estate is fit for purpose and meets the demands of our armed forces.

Any change in their purpose also needs to ensure that those sites with historical and military significance are conserved appropriately for future generations.

So, I very much welcome today’s seminar, as we hear from the panel on the sustainable regeneration of former defence sites.

The MoD is one of the UK’s largest land owners, and currently occupies around 1.8% nationally. But the requirements of modern Armed Forces is different to that of even a couple of decades ago. The necessity is now rapid reaction to emerging theatres, and a new flexible force, rather than the large conventional fixed positions of two opposing forces that was the case in the cold war[1]. We need to make the defence estate fit for purpose for the demands of a twenty first century Armed Forces. The current estate is inefficient, ageing and unsuitable for current needs. Over 40% of built assets are over 50 years old, costing £2.5bn per annum in maintenance.  So, the Government is taking steps to reconfigure the defence estate

The 2015 Security Strategy and Strategic Defence and Security Review outlined the Government’s plan to reduce the defence estate by 30% The armed forces, under current plans, would in future be clustered around centres of specialism, for example, armoured vehicles around Salisbury plain, surface ships in Portsmouth and Devonport and combat aircraft at three fast jet bases in England and Scotland.  The strategy will deliver a better estate for service families, as it is modernised, with more stable schooling and greater job opportunities for the spouses of servicemen and women.  There are also clear opportunities in making these sites redundant.

Central Government has to think in broader policy terms. How can we use redundant defence sites in a way that benefits the country as a whole? Part of the answer to this question is that by closing these sites, releases land for up to 55,000 new homes as part of the Government’s wider target of releasing land for up to 160,000 new homes by 2020. Clearly, then, there is a strong rationalisation for the modernisation of the defence estate.

The South East is uniquely placed in the country as we as a region will see the highest number of redundancies anywhere in the country… Totalling 23. Moving forward we must consider how to make the most of this opportunity.

I have been proud to represent Fareham since 2015… a thriving and vibrant town steeped proudly in a rich naval and defence heritage. But, in the South East, many former defence sites are currently unused are poorly maintained.  In 2001 there were 43 defence buildings at risk: 6.1%of the total; later this number was reduced to 32.

However, 33% of the 9000 Scheduled Ancient Monuments on MOD land were in fair condition, while 21% were in poor or unknown condition. This has been compounded by a lack of proper maintenance by subsequent private owners who have no use for historic buildings on their sites.  The local Historic England Buildings at Risk Register 2016 identified significant defence heritage sites at risk or in poor condition.

One such site under threat is Fort Fareham.

Built in 1861, and situated just South of Fareham Town, it forms part of the region’s distinctive naval and coastal history. It was a Royal Commission fort, the only one of three proposed 'Gosport Outer Line' forts built, due to defence cuts.  It was intended to be part of a further line of defence to the already completed 'Gosport Advanced Line' of Forts Elson, Brockhurst, Rowner, Grange and Gomer, built to defend Portsmouth Harbour. Fort Fareham, like many other sites located across the Southeast and UK, is an important reminder of our proud naval history.

Unoccupied parts, including ramparts, are suffering from chronic decay and vandalism. As someone who is fiercely proud of our regions defence heritage, I believe that former Defence Sites are more than just buildings.  They are a physical reminder of the sacrifice and dedication of our armed forces through the years…They provide a crucial link between current generations and those of the past…

They are part of the fabric and history of our country…

Possible ways forward in conserving sites of value is by reimagining and conserving building using creative architects and by finding new purposes for them.

The transition of former defence sites to new uses is complex.

It will require new ideas and the exchange of experience. But there are two fundamental principles to take forward.

The first is that the redundancy of these sites from active use by our Armed Forces and the clear need for the modernisation of the defence estate in broad terms is incontrovertible.

The second is that we must make it a priority that buildings of historical significance are conserved for future generations.

It cannot be that historically nationally symbolic buildings, such as Fort Southwick and Fort Fareham, are valued solely on financial receipts.