The Government gets behind healthcare at Welborne 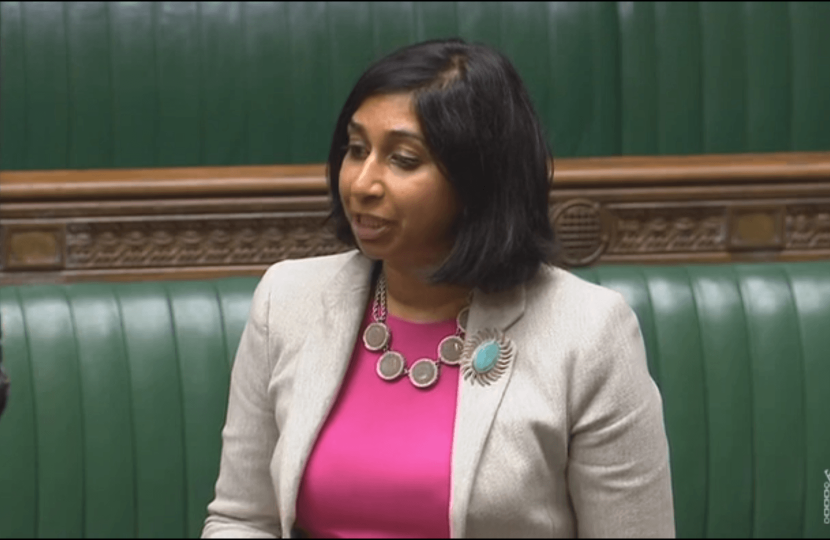 It emerged last month that Fareham and Gosport Clinical Commissioning Group, the body which determines how NHS funding is allocated, had called on Fareham Borough Council to scrap plans for the development’s new health facility.

A letter from the CCG’s bosses to council planners revealed that there are “no plans” to honour earlier commitments to build a new health centre as part of Welborne town.

Welborne is an exciting opportunity to deliver vital new homes, infrastructure and services for thousands of local people.  But if we are going to make a success of it, it needs to be supported by new schools places, infrastructure and healthcare facilities. So the news last month that the CCG may not support the Welborne with new services was very troubling, and I have been contacted by many residents who are worried about the effect this will have on their own local NHS services.

The CCG really needs to step up - otherwise there will be considerable strain on local practices and primary care services in the surrounding area which will mean more pressure for NHS staff and longer waiting times for local patients.

Importantly, this issue was extensively consulted upon in public inquiry and the demand for GPs in a healthcare hub, located within Welborne, was deemed to be essential. No objections were ever made at the time to those plans so to now turn around and shirk responsibility is unacceptable.

I have raised the issue with the Health Secretary who has provided much needed reassurance. I am looking forward to working with the Government further on this issue, if re-elected after June 8th.

In his letter to me, The Health Secretary wrote:

The constraints of the purdah campaign period limit the action I can take immediately but I want to assure you that if we are back in government after the General Election we will make it a priority to get to the bottom of this....General Practice in this country is the backbone of our NHS and we will ensure all your local residents, including those in the new Welborne development, can count on good access to local GP and primary care services.

As the Conservative manifesto sets out, we have ambitious plans to further improve and expand GP services, including at evenings and weekends.

One important element of these plans is funding. We set out that under a Conservative government, delivering a strong economy, the NHS budget will increase by at least £8 billion a year in real terms over the next parliament. A priority for this will be investing in general practice, in line with the NHS England Five Year Forward View plan, so that by 2020/21 funding for GPs will rise by £2.4 billion, a 14% real terms increase.

You will be pleased to know that investing in new and improved premises is a priority within this. We have been investing steadily in upgrading primary care facilities, benefiting both patients and staff. Decisions on the best schemes to back are for local commissioners to make, but over 800 further infrastructure projects are identified for investment by 2019.

To support GPs in Fareham we must also ensure a step change in GP recruitment and retention, which is an urgent priority and one on which NHS England, along with the Government and GP leaders, has developed detailed plans to boost GP numbers. Numbers entering GP training are up 10% since 2015, while practical steps are in place to boost GP retention including the GP Career Plus scheme, the Time to Care programme to reduce workload and an NHS GP Health Service, to support doctors suffering from mental ill-health. I would be happy, if returned as Health Secretary, to work with NHS England to see what additional support could be provided to Fareham and the surrounding area.

If Theresa May and the Conservatives are re-elected I would be pleased to work with you to see what more can be done to ensure these improvements benefit residents in the Welborne development and beyond.