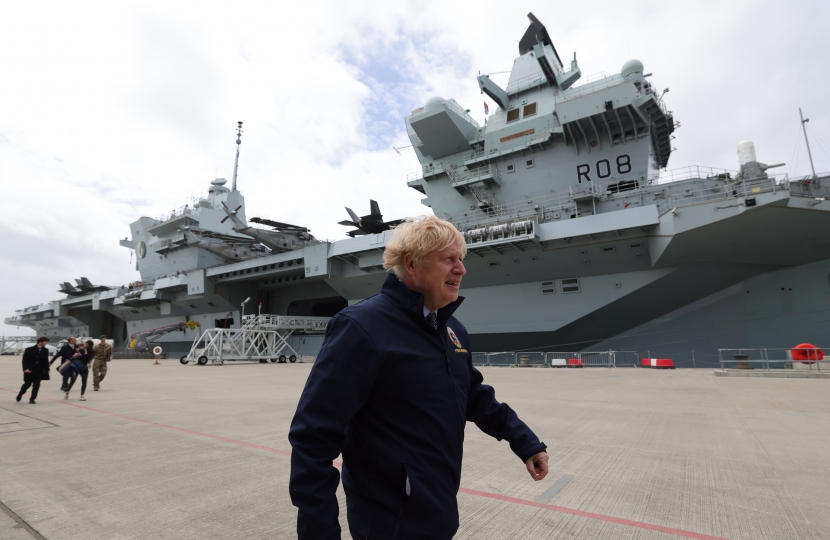 The Prime Minister Boris Johnson visited HMS Queen Elizabeth on Friday; another landmark in a busy period for the naval base, readying the strike group for deployment after a set of exercises off the Scottish coast to ready her, and her escorts, for operations. The carrier strike group will be deployed to the Indo-Pacific and will cover a mammoth 26,000 miles. This immense force will be accompanied by 9 ships, 32 helicopters and jets and 37,000 sailors, aviators and marines.

The strike group is part of this Government's commitment to seize the opportunities presented by a Global Britain and is a testimony to the Conservative's ambitious plan to modernise our armed forces. Alongside deploying the largest ever UK strike group, the Government is investing £24 Billion into new ships, equipment and aircraft, as well as developing new tech and creating skilled jobs so that the United Kingdom can deal with the exogenous threats of the future.

Brookfield Community School, Cams Hill School, Fareham Academy and The Henry Cort Community College are among the 2,820 secondary schools across England that will receive funding through the £200 million Summer School programme.