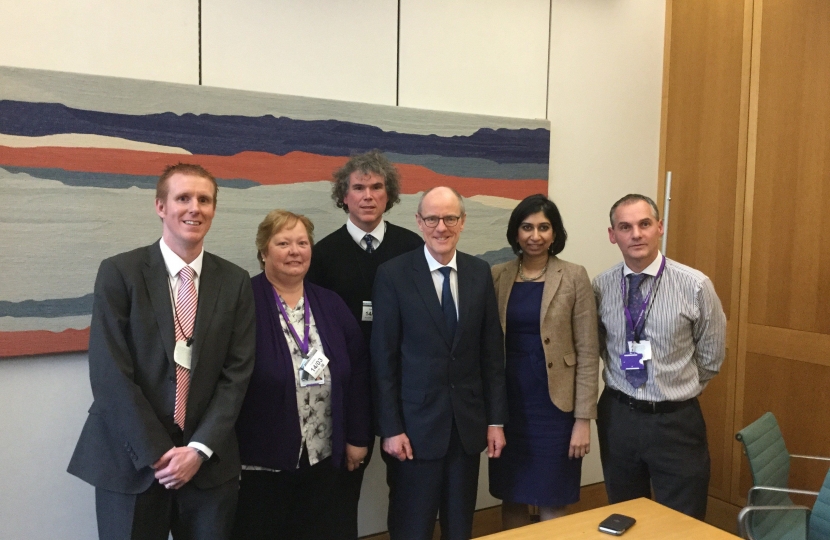 A group of school representatives and head teachers and I met with a government minister to discuss the impact of the National Funding Formula on Fareham schools.

I requested the meeting so schools from Fareham could have their say directly with those in Government making the decisions on schools funding. The meeting was very productive and I am glad that I could help by making it happen.

The National Funding Formula aims to make the way schools are allocated funding fairer, with a system that determines the level of funding based on need

The meeting, which I organised, gave the representatives – Richard Carlyle, Headteacher and Denise Fletcher-Lance, Chair of Governors, at Portchester Community School, and Mike Hartnell, Assistant Deputy Principle and Andrew March, Chair of Governors, at Henry Cort Community College – the opportunity to discuss the changes in funding with the Minister for Schools, The Rt Hon Nick Gibb MP.

Inevitably, some schools will lose and some will gain under the new formula, so I understand that the changes are controversial. In the long run, however, funding will be fairer and more consistent across the country and will on average benefit schools in Fareham as we will see an overall increase in the budget for schools.