Solent Freeport Given the Green Light 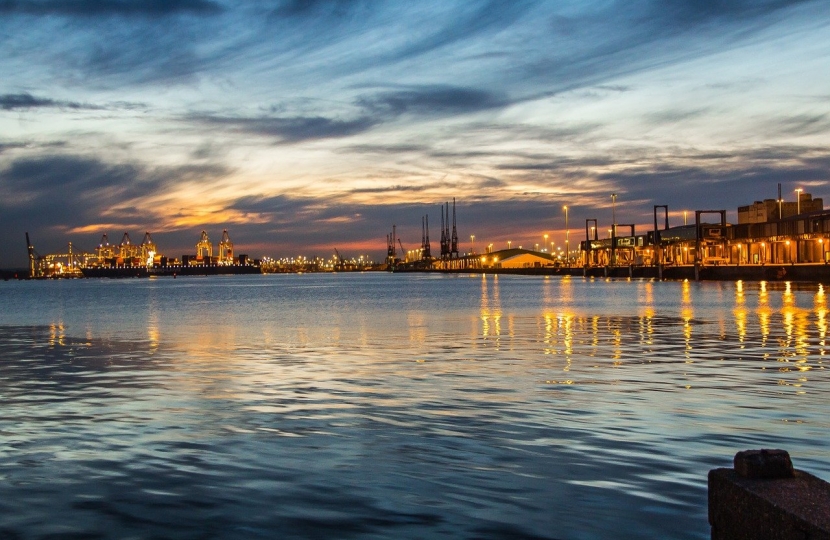 Local MP Suella Braverman was delighted to learn that the Solent Freeport has been given the go-ahead by Chancellor Rishi Sunak during today’s budget announcement. The proposal, submitted to the government by the Solent LEP alongside local authorities, has the potential to attract £2 billion worth of local investment and create 52,000 jobs across the UK. Internationally, a Freeport is a place to carry out business inside a country’s land border but where different customs rules apply. The UK’s bespoke, flexible Freeports model goes further, combining customs zones with tax reliefs, planning freedoms and support for regeneration and innovation.

The Solent Freeport promises to deliver significant economic benefits, while:

• levelling-up productivity to match the UK average by 2025, and becoming a regional leader by 2030. This could support an economic uplift in terms of GVA of £244 million a year by 2025.

• boosting earning potential and closing the existing wages gap with the rest of the South East region to ensure local residents benefit from job creation and increased prosperity, increasing the earnings capacity of our workforce by £20 million per year by 2030.

• regenerating our communities thereby reducing economic deprivation across the Solent by reducing the proportion of our communities falling within the 20% most deprived nationally from 16% to 12% by 2025 and less than 8% by 2030; and

• developing carbon reduction to enable the Solent to transition to a net zero carbon economy by 2050, by enhancing resilience to climate change, improving energy efficiency, and stimulating innovation across a range of clean growth activities and applications.

The Solent Freeport is a transformational, once-in-a-generation opportunity that will enable the Solent region to realise its full potential. By creating thousands of jobs and attracting billions of pounds of investment, the Solent Freeport will rejuvenate local areas, transform productivity and combat economic deprivation, while expediting the economic recovery and growth of our historic towns and cities. Enormous thanks must go to the Solent LEP, my colleagues in Parliament, and all those involved throughout the bidding process.