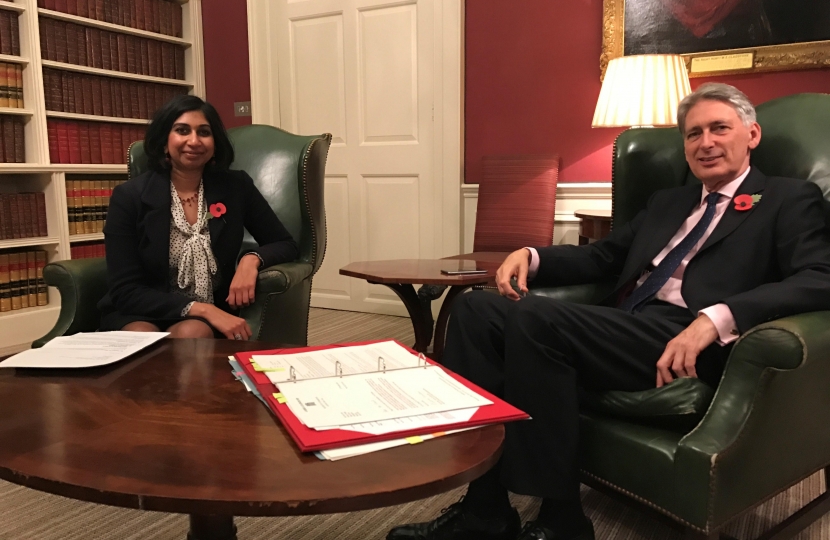 In today’s Spring Statement Phillip Hammond, Chancellor of the Exchequer, updated the House of Commons with news that the economy has grown for five consecutive years, and exceeded expectations in 2017, with the OBR subsequently increasing their forecast for growth this year. Employment has also increased by 3 million since 2010, with the unemployment rate close to a 40-year low.

The Government also revealed that the UK’s public finances have reached a turning point, with borrowing down and the first sustained fall in debt for 17 years. Borrowing has fallen by three-quarters since 2010. In 2009-10 the UK borrowed £1 in every £4 that was spent. The OBR expect that the UK will borrow £1 in every £18 this year.

We’ve reduced the country's deficit by £108 billion over the last seven years thanks to the hard work of the British people; while since Labour’s manifesto was published last year, they’ve committed to spending £106 billion – blowing away eight years of hard work in just nine months.

Manufacturing has grown for the longest consecutive period in 50 years, with high-tech manufacturing sectors growing strongly since 2010.

Disposable income per person is now 4.4 per cent higher in real terms than it was in 2010, while income inequality is lower than in 2010 and is close to its lowest level since the mid-1980s.

Stability and certainty are at the heart of this Spring Statement. Our economy is performing well, with record numbers of people in work and consistent growth for the last five years. As the Chancellor said, with debt beginning to fall as a share of GDP, this really is a turning point for our economy.

The Spring Statement gives an update on the overall health of the economy and the Office for Budget Responsibility (OBR) forecast; gives an update on progress made since Autumn Budget 2017; and invites people and businesses to give views on changes the government is considering. Major tax or spending changes will now be made once a year at the Budget in the Autumn.

I am working hard with local employers, colleges and schools to ensure that our young people have access to high-quality technical and vocational training. I have supported increased funding for apprenticeships, building on the excellent potential at Fareham College and CEMAST, and am pleased that the government is continuing to back this excellent form of training.