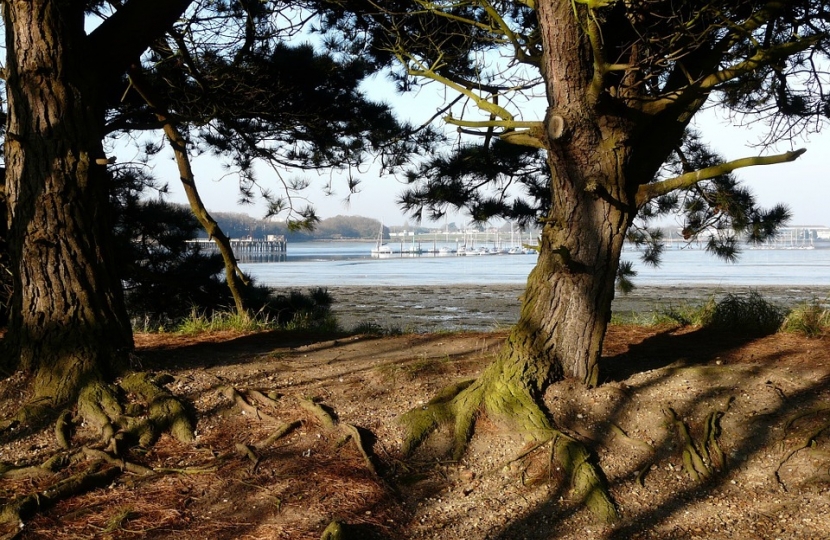 On Thursday 16th December Suella Braverman convened an urgent meeting with Fareham Borough Council and Natural England, to interrogate the measures proposed for Fareham in Footprint Ecology’s New Forest Mitigation Report, which is supported by Natural England. These measures have included the utterly bizarre “care home car ban”, which has prevented residents of the Stubbington Lane care home from keeping cars, as a “precautionary measure” to help reduce disturbances to the New Forest.

Suella, alongside Councillors Nick Walker and Simon Martin from Fareham Borough Council, began by calling into question the efficacy of the proposals put forward within the report. Particular objection was made to the inclusion of Fareham within the catchment area for mitigations, despite Fareham lying 13km away from the New Forest as the crow flies. Under the proposals, developments within this area are charged a premium to go towards mitigation measures for the New Forest. Suella and the Councillors pointed out that this developers charge is unnecessarily driving up the cost of new housing in Fareham. Similarly, in an earlier recommendation report by Natural England themselves, Fareham was not originally included within this buffer zone. Whilst all parties agreed that the New Forest’s fragile ecology must be preserved, the imposition of a developer tax on a region 13.8km away, seemed illogical and damaging to Suella and the councillors.

Similarly puzzling to Suella and the councillors, was the modelling behind the report, which claimed that Fareham residents visit the New Forest 15 times a year on average and are thus liable to foot the bill for mitigation measures. This modelling has provided the justification for the care home car ban. When probed further, the representatives from Natural England outlined that this modelling was conducted off the back of data from a telephone survey. Whilst the meeting was constructive, Suella and the councillors are now calling upon Natural England to urgently reconsider the imposition of mitigation measures in their current format, and to explore the multitude of other options available.

“It was very useful today to have a meeting with Natural England to explain the impact mitigation measures are having on the planning system. The measures are of grave concern and could put a halt on planning applications being permitted and will have a negative impact on our housing delivery numbers.”

A proposal led by Solent University, in collaboration with several further education partners including Fareham College, has been successful in the Government’s £120m competition to establish the next wave of innovative new Institutes of Technology (IoTs) across the country.