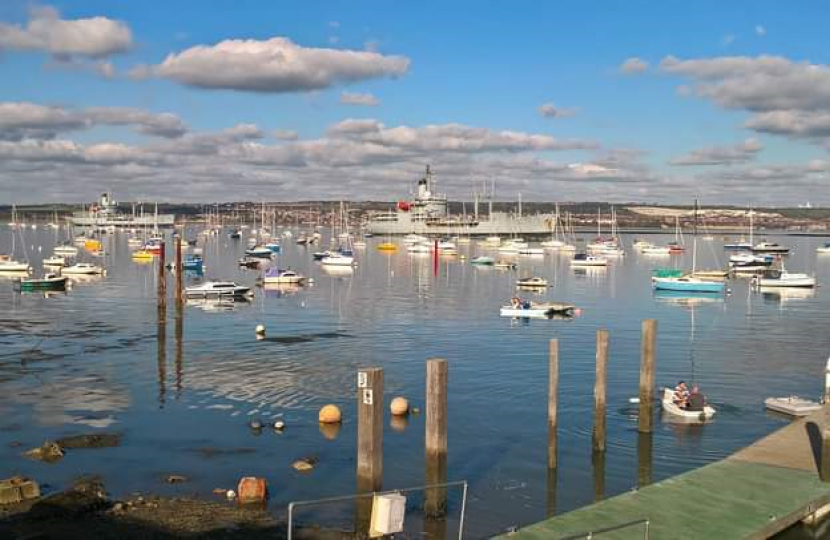 • Recently, the Prime Minister announced an additional £24.1 billion in funding for our country’s defence.

• This funding will help safeguard the security of our nation and bring prosperity to every corner of the Union – while revitalising British shipbuilding.

• Over the next four years, this funding will help create 10,000 more jobs a year, through the investing in our world leading defence industry and revitalising British shipbuilding.

Local MP Suella Braverman has welcomed new defence funding which will help protect our country and bring tens of thousands of jobs to every corner of the Union of the UK.

This the largest investment in the nation’s defence in the last 30 years, providing our defence budget with an extra £24.1 billion over the next four years. The commitment will allow the Government to invest in cutting-edge technology, positioning the UK as a global leader in domains such as cyber and space and cement the UK’s position as the largest defence spender in Europe and the second largest in NATO.

Over the next four years this funding will help create 10,000 more jobs a year, through the investing in our world leading defence industry and revitalising British shipbuilding. These jobs will reflect the expertise and ingenuity of British people both inside and outside our Armed Forces, harnessing the UK’s skills in construction and science and reinvigorating those industries in the coming decades.

This Conservative Government will be:

• Delivering a funding boost of over £24 billion for our nation’s defence, ensuring we keep our nation safe from the evolving international threats we face. This commitment is the largest investment in our nation’s defence since the end of the Cold War, giving our defence budget an extra £24.1 billion over the next four years.

• Creating 40,000 more jobs over the next four years, across the whole of the UK. Spending on defence projects, secured with this funding, are expected to create up to 10,000 thousand jobs annually across the UK. These will reflect the expertise and ingenuity of British people both inside and outside our Armed Forces harnessing the UK’s skills in construction and science and reinvigorating those industries in the coming decades.

• Revitalising British shipbuilding by creating and safeguarding thousands of jobs in UK shipyards. This funding has come alongside a steadfast commitment to finance the UK’s order of 8 Type 26 and 5 Type 31 frigates, which are currently being constructed on the Clyde, creating thousands of jobs.

• Reaffirming our commitment to build our next generation warships – the Type 32 – here in the UK. Last month we committed to build three Fleet Solid Support warships, with contractional reequipments which will ensure a significant proportion of the build and assembly work will be carried out in the UK. This commitment will create hundreds of highly skilled jobs across the UK.

• Creating a National Cyber Force and Artificial Intelligence agency - to protect our people from harm. Our new Cyber Force, will be a joint unit between the MoD and GCHQ, will help to protect Britons at home from cyberattack but will also deploy offensive capabilities against adversaries.

• Creating a new ‘Space Command’, with the first rocket launched from Scotland by 2022. We promised in our manifesto that we would deliver the UK’s first UK Space command based at the RAF High Wycombe. Space Command will give the UK the capability to deploy weapons and military satellites without relying on other nations.

‘I am a firm supporter of our Armed Forces, that’s why I am delighted that we are providing them with the largest financial boost since the Cold War, while both meeting and exceeding our Manifesto commitment to increase defence spending.

This news is also good news for constituencies across the country like Fareham, with it’s unparalleled military heritage, who will benefit not only from the security this investment will bring our country but also the jobs and prosperity the direct and indirect investment will bring to our defence industry and its supply chains.

This shows once gain how the Conservative’s remain the only party that will actually stand up for our armed forces, delivering real support – not just empty words’