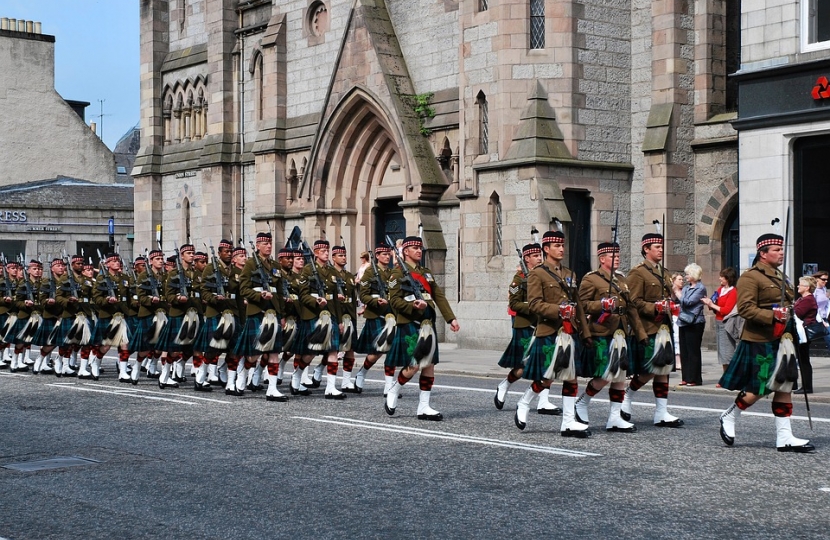 Earlier this week, the Overseas Operations (Service Personnel and Veterans) Bill successfully passed its final reading in the House of Commons, and will now proceed to the House of Lords.

The Bill delivers on the Government’s manifesto commitment to tackle vexatious claims and end the cycle of re-investigations against our brave Armed Forces. The legislation will introduce a range of measures to reduce uncertainty arising from historical allegations and create a better legal framework to deal with claims from future overseas conflicts.

The Bill, which relates solely to events occurring on military operations outside the British Isles, raises the threshold for criminal prosecutions after five years – as well as introducing so-called ‘long-stops’ in civil litigation – to increase the integrity and rigour of the process and deter the delays that too often result.

The five-year threshold for criminal prosecutions means that cases against Service personnel must be "exceptional". Prosecutors are also required, when coming to a decision whether to prosecute, to give particular weight to matters, including the unique circumstances of overseas operations and the adverse effect that these can have on personnel. Additionally, the Attorney General must provide consent before a prosecution can be pursued.

The Bill Will Also:

The Bill, however, does not directly stop reinvestigations and, in line with our national and international legal commitments, credible allegations will always be investigated.

In parallel to these legislative measures, the Government have also announced a judge-led review into the reporting of allegations and conduct of investigations.

The Overseas Operations Bill was introduced in March after operations in Iraq and Afghanistan gave rise to an unprecedented number of legal claims. The Iraq war in particular saw a claims industry spring up where unscrupulous lawyers promised individuals they would be financially rewarded if they made allegations of wrongdoing against service personnel.

This contributed to nearly 1000 compensation claims against the MOD for unlawful detention, injury and death, as well as 1400 judicial review claims seeking investigations and compensation for human rights violations. While legitimate claims were rightly investigated, and always will be, this series of drawn-out investigations and litigation has cast a shadow over the lives of innocent personnel and veterans living with such uncertainty.

Around 70% of allegations received by the independent Iraq Historic Allegations Team were dismissed as there was no case to answer.

“We owe a huge debt of gratitude to our armed forces, who perform exceptional feats of courage in incredibly difficult circumstances to protect this country. While our armed forces are not above the law, we also owe our service personnel and veterans justice and fairness.

Therefore, I am glad that the Overseas Operations Bill is being introduced in order to protect service personnel and veterans from the repeated and vexatious claims witnessed in recent years.

We have a duty to match our words with our actions when it comes to the Armed Forces. That must include ensuring the legality of their conduct while on operations, but also the reciprocal protections from those vexatious claims and repeated investigations that have blighted the lives of so many brave personnel in recent years.”