Suella commemorates D-Day 75th anniversary alongside US and European leaders 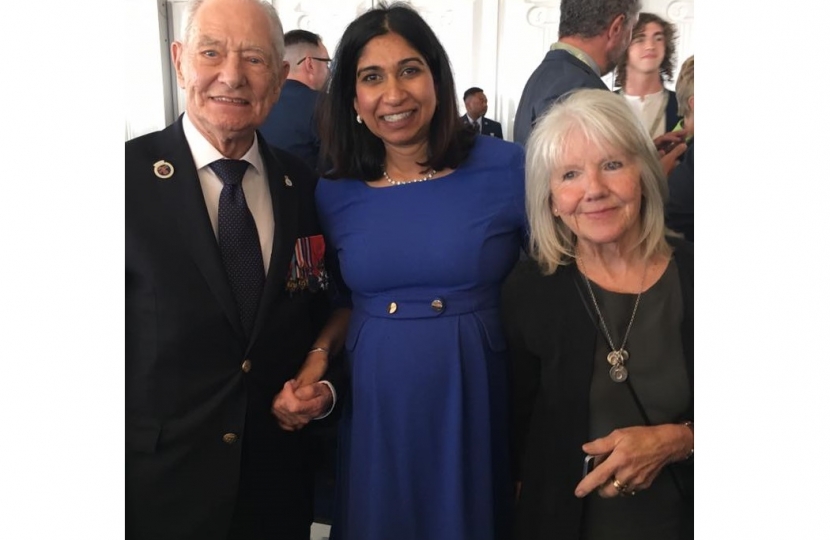 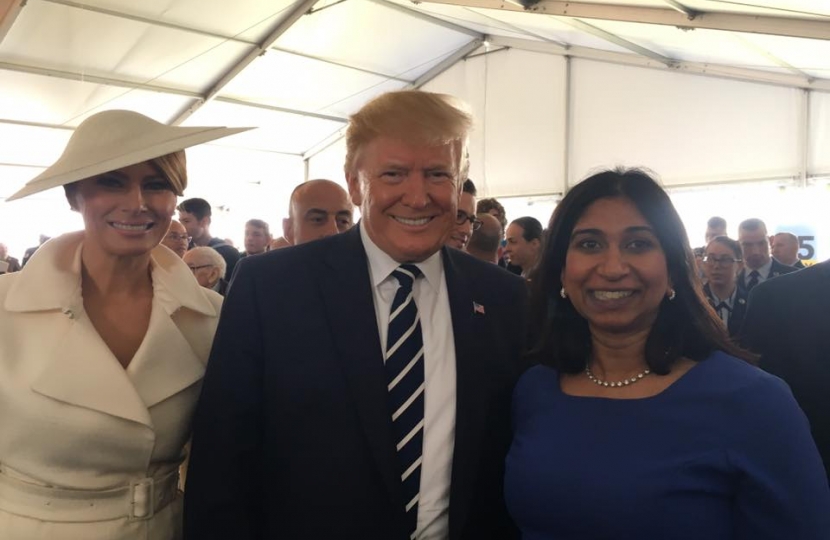 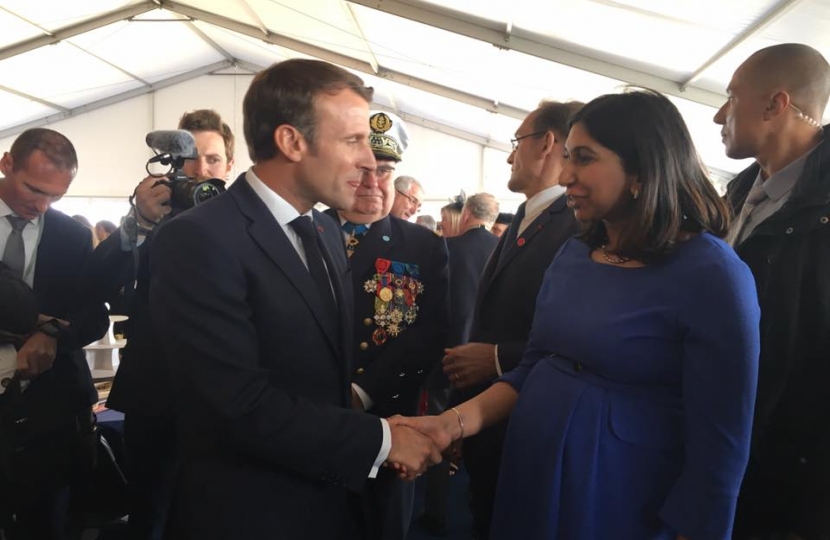 Member of Parliament for Fareham, Suella Braverman, has described her “admiration” for Britain’s war veterans and serving armed forces personnel while attending the 75th anniversary commemorations of the D-Day landings, where thousands of British, US and Canadian troops stormed the beaches of Normandy to defeat Nazi Germany.

Attending the commemorations on Tuesday, 6th June in Portsmouth alongside Prime Minister Theresa May, US President Donald Trump and other world leaders, Mrs Braverman met with D-Day veterans to thank them for their service and sacrifice and to hear their stories of what it was like to land on the beaches of Normandy. The MP for Fareham also met and spoke with both President Trump and the First Lady, and French President Emmanuel Macron.

“Last week’s D-Day commemoration in Portsmouth was an unforgettable event and it was an honour to represent the people and service personnel of Fareham to remember the sacrifice of all those who landed on the beaches in Normandy to liberate Europe from Nazi occupation. Speaking with local, national and international veterans and hearing their stories of bravery and sacrifice was very moving and humbling - I have great admiration for them.

“I was also very pleased to meet world leaders who were representing those nations who also fought with us during World War Two, including US President Trump and First Lady Melania Trump, and French President Emmanuel Macron.”