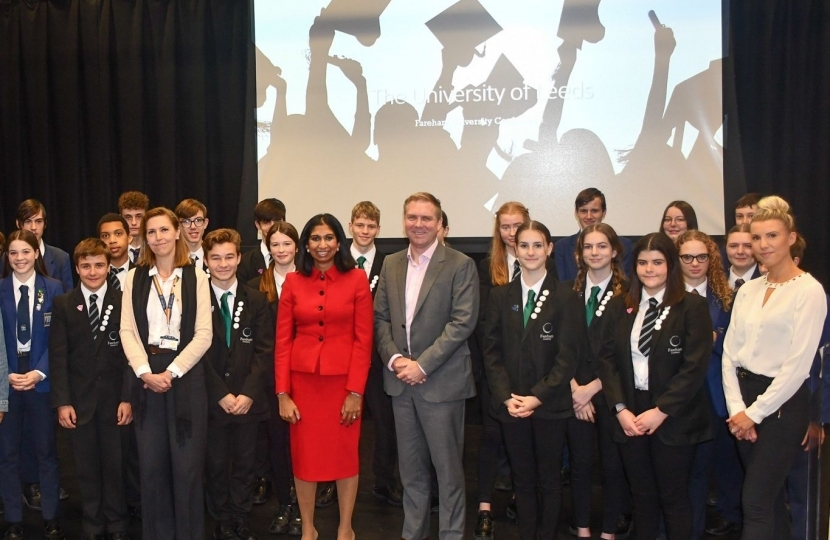 A proposal led by Solent University, in collaboration with several further education partners including Fareham College, has been successful in the Government’s £120m competition to establish the next wave of innovative new Institutes of Technology (IoTs) across the country. Twelve IoTs have already been established and this second wave will be made up of 9 more.

The aim is for the first of these new IoTs to begin delivery and start accepting learners in the 2022/23 Academic Year. IoTs are innovative collaborations between employers, Further Education providers, and Higher Education providers. They are the pinnacle of technical training, offering higher technical STEM education and training (mainly at Levels 4 and 5) in key sectors such as Digital, Construction, Engineering, Manufacturing and Health. The proposal led by Solent University requests capital funding of £2,383,149 to support a new build at Fareham College and will now go forward to the Pre-Award stage, which is the final important phase of becoming an IoT.

This stage includes discussions with the Department for Education on the detailed terms of their Licence Agreement and Capital Funding Agreement, which when signed by both the Department and the applicant, will formally confirm them as an IoT.

“This is an incredible step for Fareham College and for the whole region. We are going to be truly blessed by having an Institute of Technology right on our doorstep. I am incredibly proud that the Government has continued to support technical education, by inaugurating T-Levels up and down the country. The fact that the Government has built on this by designating Fareham an IoT, is an amazing triumph for further education in the community.”