Suella: Speaker Bercow has ensured the Government has to improve its Brexit deal 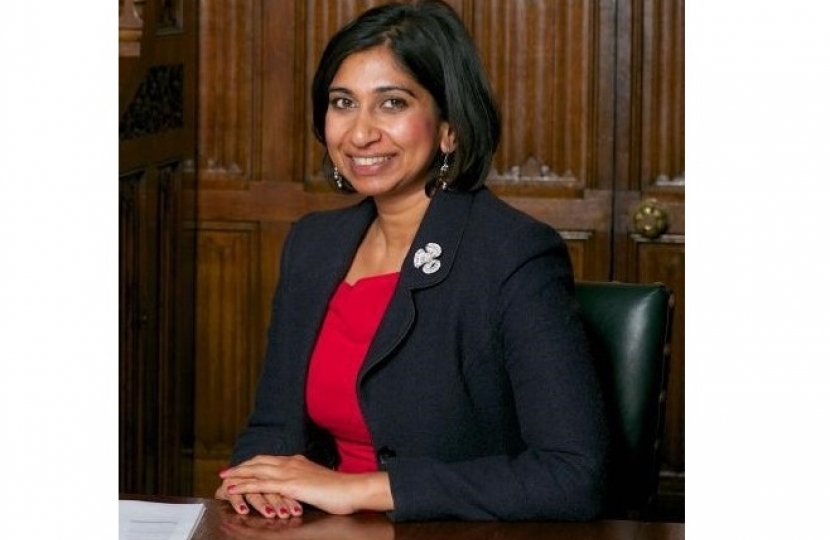 Can people trust their politicians? That seemingly trite question will be tested over the next 10 days. As an MP who gave up my Ministerial job over the Prime Minister’s Withdrawal Agreement in November to vote against it twice, I am being pulled between conscience and surrender.

Can I keep those promises that I made as a Leave campaigner of taking back control of our laws, striking free trade deals, controlling migration and escaping the subordination of the European Court of Justice? Pledges repeated by the PM herself and in the Conservative manifesto upon which we all stood? The vow that ‘No deal is better than a bad deal’?

If I vote for the PM’s deal, I most definitely cannot keep any of those promises. Of that I am sure. The PM’s deal is not Brexit, or rather, it is a sham Brexit. Yes, we leave the institutions of the EU on March 29th but beyond that, Brexit evaporates. For the duration of the Implementation Period and its extension, ie until December 2022 (over 6 years after the Referendum), we will still be following EU laws, with no say whatsoever on them. Our courts will be bound by the ECJ and Free Movement will continue.

If I vote for the deal now, what will I say when I am asked why we are disabled from striking that free trade deal with the USA? Why we can’t set our own tariffs or are still following EU rules and regulations? What will I say when border checks between GB and NI mean that part of our nation is treated differently by the EU to the rest of the UK? What will I say when we try to leave the NI Backstop only to find ourselves locked in protracted legal battles because we relinquished our right to leave to a handful of unelected, unaccountable quasi-judicial arbitrators?

As the Attorney General confirmed last week, the ‘legal risk remains unchanged.’ This is a deal which squanders all of the benefits of Brexit whilst retaining the handicaps.

What about the case for compromise? The alternative to rejecting this deal, I am told, is a horrific extension to Article 50 and ‘No Brexit’. Brexiteers have been bullied by the establishment into this false and irreconcilable choice. The true choice should include a WTO Brexit, of course, which still remains the legal default in the event that no extension is agreed.

I accept the votes in Parliament last week but I do not accept buckling now in the face of a sordid stitch-up and the threat of consequences which are out of my hands, only to enable a deal which will only harm our country’s interests in the long term.

There is still time to secure those legal changes to the NI Backstop as set out in the Brady amendment: a unilateral way out or a hard end date. There are also many known and unknown unknowns. Will there even be another vote if nothing changes? The Speaker's statement today makes that unlikely. I still do not know the enormity of any extension yet. Any extension will ultimately require endorsement by the Government, which will be its responsibility. I will do all I can to stop it.

Many of my colleagues have been grappling with this Catch-22. Everyone will weigh up the risks and the facts in their own way and I see the logic that if we ‘just get out now’, we can move on from this interminable argument. I do not criticise and have nothing but respect for those who have lambasted the deal only to find themselves voting in favour of it now. They are taking ‘the win’ but with regret.

As for me, I cannot right now, take the phony prize. Just as soon as the celebratory balloons deflate and the champagne goes flat after the Brexit Day parties, so will the trust with the British people be lost.