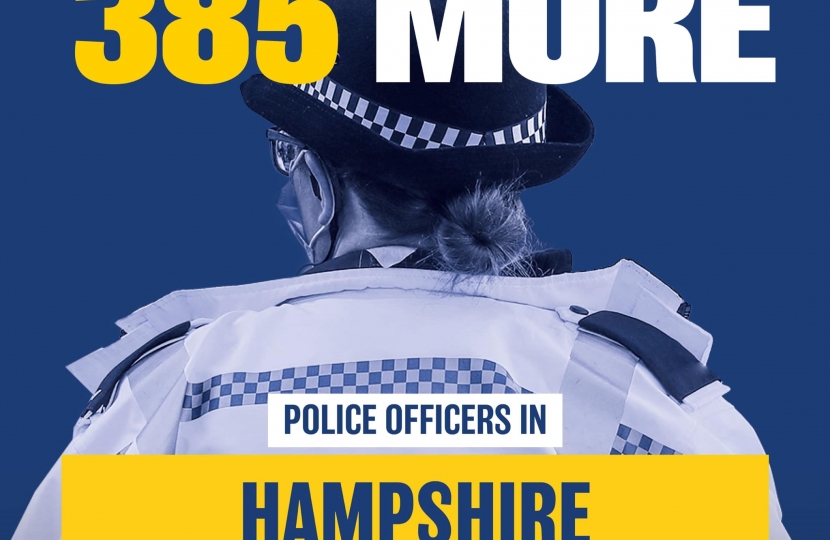 Last week the MP for Fareham visited the Eastern Hampshire Investigation Centre, off the back of her initial visit in 2019, when the facility opened. Hampshire has received an additional 385 police officers as part of this Government's manifesto commitment, and Suella was pleased to see these commitments being put into action at the Investigation Centre. The £31 million centre is now fully operational and equipped with 36 custody cells and over 430 officers. The centre brings local constabulary forces together to enable a more efficient delivery of police services locally, across Fareham, Gosport, Havant and parts of Eastern Hampshire. The centre has benefited from this Government’s police funding settlement for Hampshire, which has seen a monumental cash injection of £366.5 million.

Suella was shown around the facilities by DCS Scott McKenzie, Head of Crime, Hampshire Constabulary, PCC Donna Jones and several senior officers. Suella was also pleased to meet front line staff who have been performing vital work around the clock to keep our streets safe. Similarly, in her capacity as Attorney General, Suella was able to outline guidance on Disclosure, alongside simultaneous updates to the director’s guidance on Charging.

“It was great to be welcomed back to the Eastern Hampshire Investigation Centre since my last visit in 2019. I am encouraged by the vital work all the staff are doing to ensure that law and order is being maintained across the Solent region. The centre has come on leaps and bounds since its opening two years ago and the facilities are modern and top of the range, ensuring that crime responses can be both targeted and timely.”