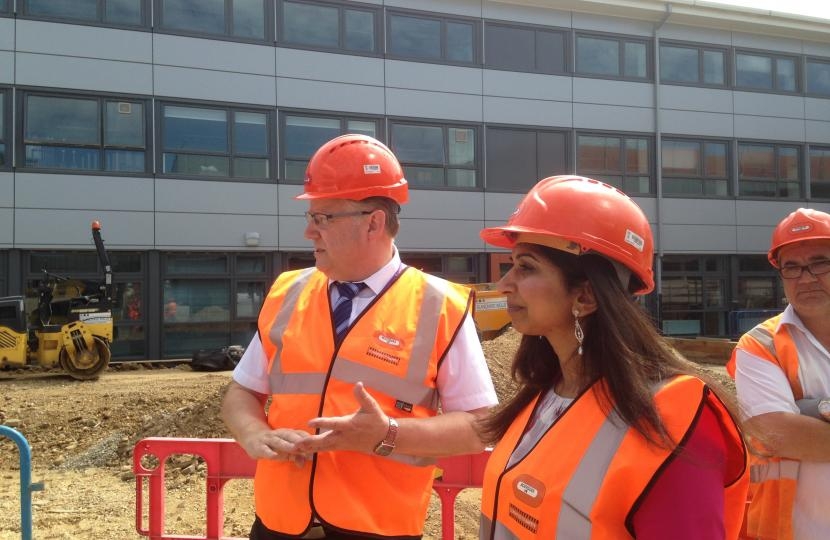 69,000 first-time buyers have already benefited from the Government’s recent abolition to stamp duty land tax (SDLT) on properties under £300,000.

It is estimated that over the next five years, the policy will support over 1 million people getting onto the housing ladder and those who have bought properties of up to £500,000 will have benefited from a stamp duty cut.

This is great news for first time buyers and everyone aspiring to home ownership. I look forward to seeing how this policy will continue to support more people in Fareham and across the country to get on the property ladder.

As part of the housing package in the Autumn Budget, the Chancellor of the Exchequer, Philip Hammond, announced at least £44 billion for housing - which includes at least £15.3 billion of financial support for house building over the next five years – and an aim to build 300,000 new homes a year in the areas that need it, as well as encouraging better use of land in cities and towns.

In addition to government-backed schemes such as the Help to Buy equity loan and Help to Buy ISA, those hoping to make their money go further can open a Lifetime ISA – to either save for a first home, or for later in life.

Improving local infrastructure and transport, along with local planning issues across Fareham, are important priorities for me. We need to keep investing in proper travel connections and the services to support people in their work and leisure time.M27