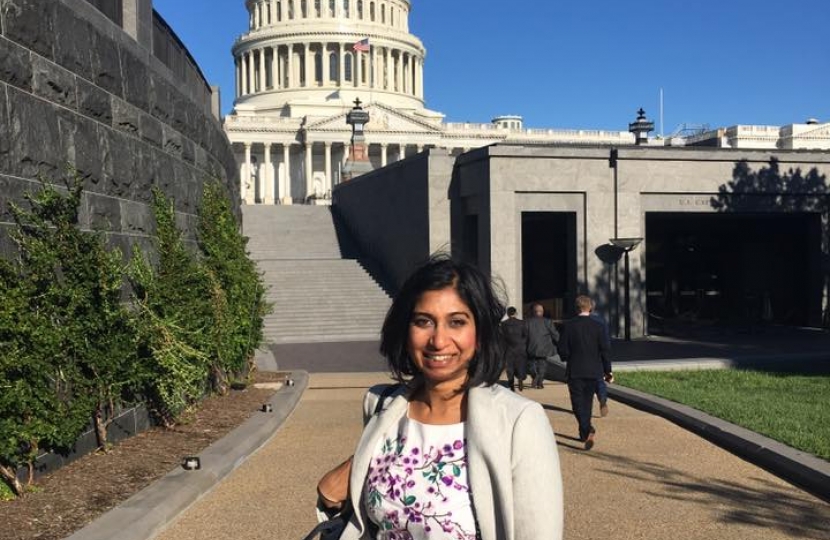 The United Kingdom will begin trade talks with the United States of America today as Liz Truss the International Trade Secretary and Robert Lighthizer kick off proceedings with a video conference. The ability for the UK to strike its own deals has been a central part of why MPs like Suella Braverman have campaigned so hard for the UK to leave the EU. Should a successful deal be reached, such an agreement is set to boost the economy by over £15 billion a year. The Department for International Trade has also been clear that such a deal will be for the whole UK, including the diverse economies of the Solent region and Fareham.

Today marks a watershed moment in the history of the transatlantic special relationship, as the Governments of both nations seek to forge closer ties to navigate this period of global uncertainty. The UK Government has clearly outlined its objectives and aims in an expert backed 188-page document, which advocates the adoption of a new global role for Britain as the champion of free trade with like-minded democracies.

The US is a developed, high-wage economy with high standards and is our top source of investment and the top destination for UK investment. We already have over £700 billion invested in each other’s economies, and every day over a million Britons and over a million Americans work for companies from the other nation. An FTA with the US represents significant opportunities throughout the economy, from agriculture to professional services. Potential benefits include better jobs, higher wages, more choice and lower prices for all parts of the UK including Fareham.

Additionally, removing trade barriers with the US could deliver huge gains, especially for the 30,000 Small and Medium-sized Enterprises (SMEs) across the UK already trading with the US and open opportunities to others, as well as maximising the UK’s reach in emerging fields like global data flows and Artificial Intelligence (AI).

“Today marks the culmination of years of hard work, as finally we begin to reap the rewards of our long struggle to attain our freedom to trade. Having been involved in transatlantic trade discussions at the Capitol in 2017, I am incredibly excited to see that the desires of both our nations are finally coming to fruition. The trade deal will usher in an era of increased opportunity, prosperity and commerciality across the UK and will provide an incredible energising boost to the outward looking economies of Fareham and the Solent region.”