If you're over 65, get vaccinated! 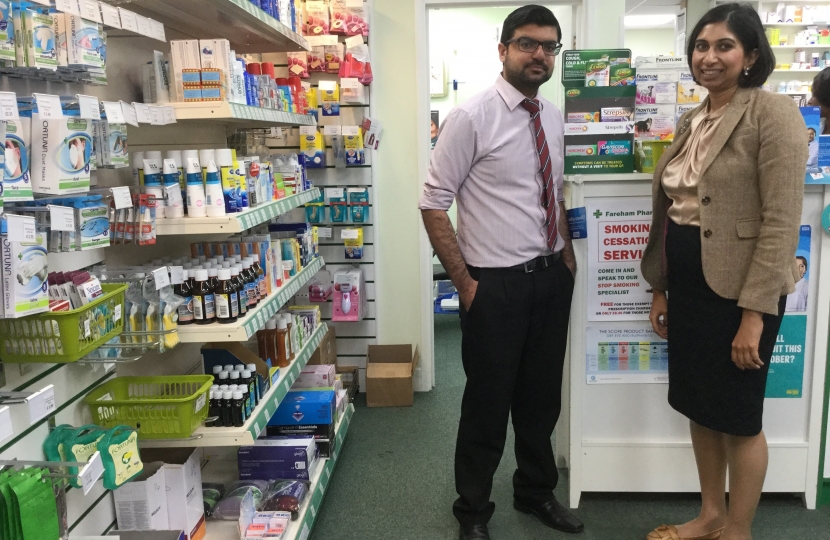 I am joining England’s Chief Nursing Officer and Chief Medical Officer in urging Fareham residents aged 65 and over to take up their free NHS flu vaccination before winter sets in.

This year, people aged 65 and over are being given the newly-licensed ‘aTIV’ (adjuvanted trivalent) vaccine, which is designed to boost the body’s immune response, improving the effectiveness of the vaccine in the older age group.

Health chiefs believe that the new vaccine could reduce GP consultations due to flu by 30,000, hospitalisations by over 2,000 and prevent over 700 hospital deaths in England, alleviating some of the health burden that seasonal flu places on the population, workplaces and the NHS.

The last batches of the vaccine were delivered to GPs and pharmacies across the country this week ahead of the flu season, which usually starts in December.

According to statistics revealed by Public Health England, 69,603 older people across Hampshire didn’t take up their jab last year, despite being most vulnerable to flu’s effects. Many of those will have caught the virus and needed NHS treatment as a result.

If you’re 65 and over, the single most important thing you can do to stay well this winter is to take up your free NHS flu jab.

GPs and pharmacies in Fareham should now have more than enough stock to ensure that everyone eligible can be vaccinated before the start of the flu season, so if you haven’t had chance yet or stocks had run low when you tried earlier in the Autumn, now is the time to go get protected.

Professor Jane Cummings, the Chief Nursing Officer for England said: "This is the biggest flu vaccination programme we have ever undertaken offering more people than ever the greatest opportunity to help protect themselves. With all vaccines now despatched to GPs and pharmacies, we are urging those who have not yet had their flu jab to get it as soon as possible."

Professor Dame Sally Davies, the Chief Medical Officer for England, said: Flu can kill and the vaccine is the single best way to protect yourself and those around you. More vaccines than ever before are now available and I strongly encourage everyone in a vulnerable group to contact their GP or pharmacy and get the jab.

While flu is a common ailment and many people can get over it with rest and fluids, for some people in high-risk groups, such as the elderly and those with long-term conditions, it can lead to serious and potentially life-threatening complications, such as pneumonia or bronchitis.

Last year seasonal flu put a significant strain on all parts of the NHS, with the proportion of peak-period GP appointments and 111 calls related to flu around double the previous year, and more than 1 in 8 of all A&E consultations being for acute respiratory infections.

And official figures published last month showed that more than 2.6million bed days were lost to flu and pneumonia last year in English hospitals, up more than 20% - or almost 460,000 bed days – over five years, the equivalent of two large hospitals.

More information on eligibility for the flu jab, and other tips on staying well this winter, can be found at www.nhs.uk/staywell