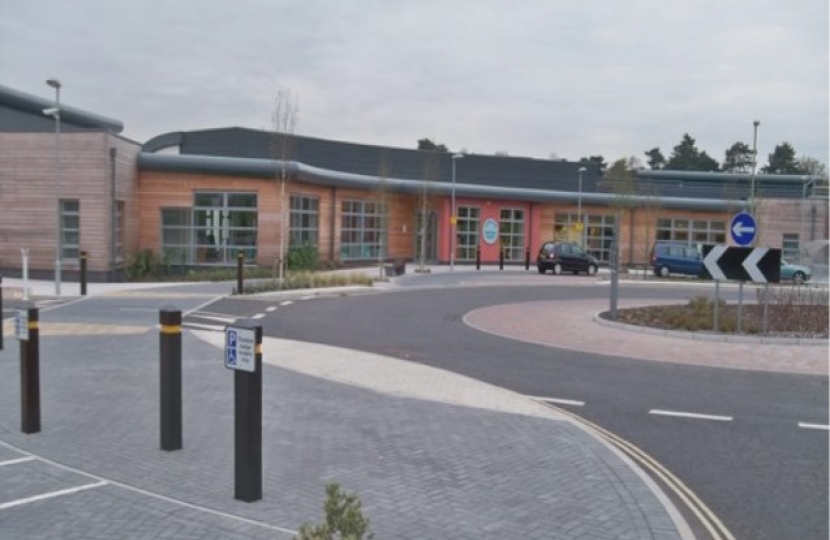 The Health Secretary has been urged to increase funding for Fareham Community Hospital by local Member of Parliament Suella Braverman following a recent £1.8 billion government cash injection into the NHS.

The Prime Minister announced the new funding on Monday, 5th August following a pledge on the steps of Downing Street to fund improvement projects at hospitals across the country. The cash injection included £850 million for 20 hospitals to upgrade facilities and equipment plus £1 billion for other NHS capital expenditure.

In light of the announcement, Mrs Braverman has written to Health Secretary Matt Hancock to highlight how the hospital can be better utilised for local patients and to request that the facility be considered for future tranches of NHS funding.

The MP’s call comes after the Fareham Community Hospital Taskforce published a report earlier this year to make recommendations on how service provision could be expanded and patients better assisted. The Future Vision report was launched by taskforce chair Mrs Braverman and its panel in May this year. The recommendations included a full rollout of the Same Day Access Scheme which allows patients to access a GP at FCH when the GP surgery itself is at full capacity, an expanded range of clinical services such as diagnostics and scanning, and the provision of mental health services and social prescribing.

“Fareham is fortunate to have a relatively new hospital in the shape of Fareham Community Hospital, which was opened in 2010 and has been a huge boost in terms of offering more services to local people and relieving pressure from other hospitals in the Portsmouth and Southampton areas.

“Through feedback that I hear from constituents, I know that FCH is widely revered, greatly helps local patients and is seen as a huge asset to the local community. I also know, however, that local residents want to see more services being offered at FCH and that there is indeed capacity for more services. That’s why our taskforce conducted a public consultation and published our Future Vision report which makes a number of recommendations to increase service provision and better communicate with patients.

“In light of the recent cash boost for 20 hospitals around the country, I have written to the Health Secretary to highlight how FCH can be better utilised for the local community and to ask that the hospital be considered for extra support in future funding initiatives.”

On the morning of Friday the 15th October, the local MP for Fareham Suella Braverman was delighted to convene the inaugural Fareham Universities Conference.