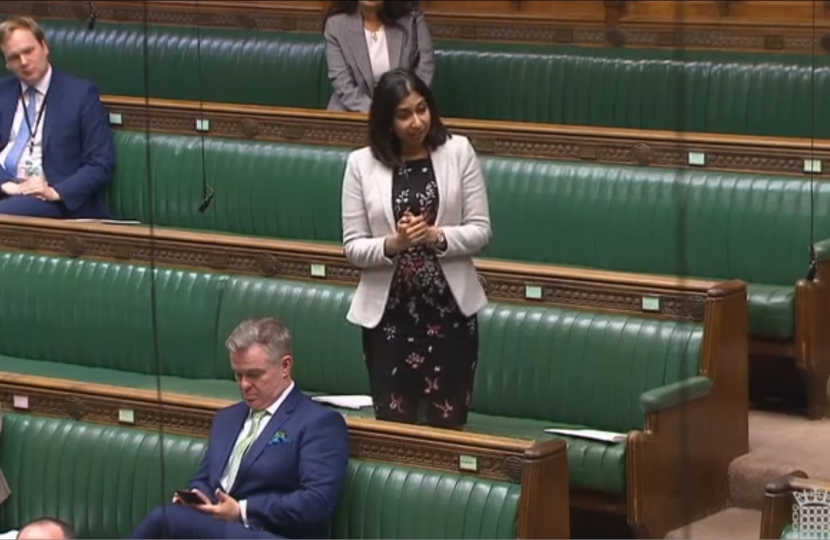 Schools in Fareham are set for millions of pounds in funding increases as the Government today publishes its proposed school funding figures for 2020/21.

New figures, published today (11 October), will show how much money is being allocated to schools and local authorities in England next year – with every school getting more money for every child.

This follows the Prime Minister’s announcement in August that the budget for schools and high needs would be increased by a total of over £14 billion over three years, rising to £52.2 billion by 2022-23. Schools and local authorities will today find out how Government is allocating the first part of that investment - £2.6 billion - for the coming year. This new funding includes £780 million in 2020-21 to help children with Special Educational Needs and Disabilities (SEND) to reach their potential.

“I promised on my first day in Downing Street to make sure every child has equal opportunities to succeed – regardless of their background or where they live. Because I believe that talent and genius is evenly distributed but so often opportunity is not, and my job is to change this.

“We’re already delivering on this promise with schools receiving more than £14 billion additional funding over the next three years, meaning every pupil in every school will get more money, and funding across the country will be levelled up.

“Today we are setting out more detail about how schools across the country will benefit next year. This investment will give schools, teachers and parents the certainty to plan, helping further improve standards and ensure our children and young people get a truly world-class education.”

In Fareham, primary and secondary schools are set for individual funding increases of up to nearly 8 per cent, pushing total funding to almost £57.7 million. Although final funding allocations will be the responsibility of local authorities, today’s figures show how the national cash injection of £2.6 billion will trickle down to local schools.

“It’ fantastic to see such significant funding increases for Fareham schools next year as part of the Government’s £14 billion national funding increase over the next three years.

“Our schools need more money to cater for more pupils, more teachers and increased running costs, and this first funding increase will see basic funding for Fareham schools rising to nearly £57.7 million, with more increases in the pipeline for the following two years.”

Further education measures set out in recent weeks include a drive to create thousands more good free school places nationwide – plus £4.4 billion committed over the next three years to continue to fund additional pension costs for teachers.

The extra money, available from April, will:

“Our schools do a brilliant job and I want parents and teachers to know that we’ve listened to them and are investing in our children’s futures. That’s why this Government has announced the biggest funding boost for schools in a decade which will give every school more money for every child - with the biggest increases going to the schools that need it most.

“I recognise the pressures schools have faced and want them and parents to be safe in the knowledge that all children can get the top-quality education they deserve in classrooms across the country. Our continuing investment in education, coupled with a bold reform agenda and the work of Ofsted will supercharge the ongoing rise in school standards.”

Schools will also continue to benefit from government support to ensure they can make the most of every pound of their budgets, following the launch of the Department for Education’s School Resource Management Strategy last year.

This ranges from a free-to-use vacancy service to recruit teachers, to expert advisers who provide tailored support to individual schools that need it.

Today’s announcement comes as research in the Teacher Workload Survey shows that teachers’ working hours have fallen by five hours per week over the past three years. The findings, taken from a representative survey of over 7,000 teachers, middle leaders and senior leaders, also show that teaching hours remain broadly stable.