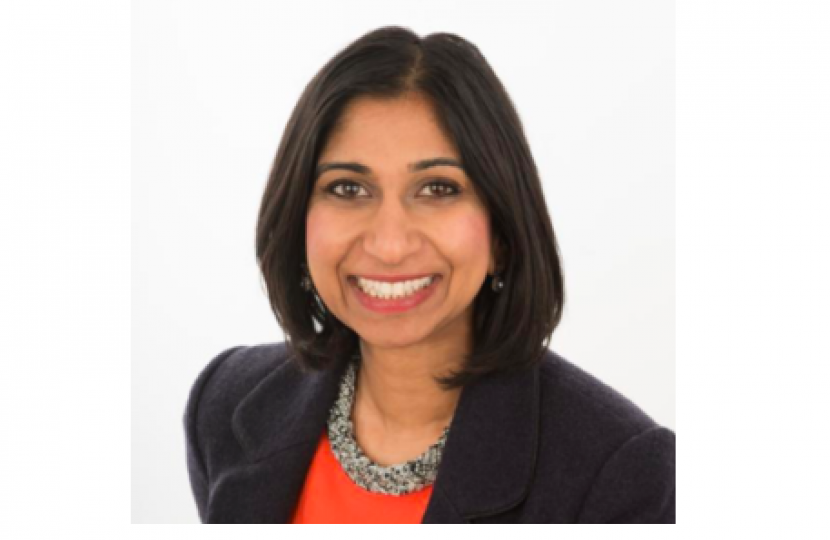 Free schools have been one of the Conservatives' major successes. But as we approach the 10-year anniversary of the programme, Suella Braverman MP issues a stark warning that the programme risks withering on the vine.

‘Fight for Free Schools’, authored by Braverman and launched by The Centre for Policy Studies on Tuesday 13th August, urges the Government to double down on the success of the free schools programme by speeding up the expansion of free schools and ensuring that they act as drivers of competition and innovation within the system.

Braverman - a founder and formerly a governor of the inspirational Michaela Community School in Wembley - shows that:

However, whilst free schools are clearly a success story, since 2015 the programme has stalled - and is at risk of halting altogether. The Government is on course to dramatically undershoot its original target for free school numbers, with many areas of the country having no free schools at all.

On top of this, the Government has shifted away from the original ethos of the programme, changing the rules so that free schools can only open in areas where there is a shortage of places - as opposed to the original vision of free schools being able to open where the quality of local education is inadequate.

This has stripped out free schools' role as drivers of innovation and competition within the system, which has seen a host of successful approaches introduced and adopted. It also means that it will soon become impossible to open further free schools given falling pupil numbers entering the system: in 2017, there were 10 per cent fewer newborns than five-year olds.

Braverman therefore urges the Government to turbocharge its commitment to this brilliant, successful programme, in particular by changing the formula so that free schools can once more be set up where there is clear local demand and existing schools are not pulling their weight.

These new schools should be hubs of efficiency and innovation to drive educational improvement and reduce costs to the taxpayer.

The paper also proposes innovative solutions to offset the capital cost of new schools to the DfE, to reduce the cost of building new schools via planning reforms, and to explore new approaches to encourage more private, philanthropic funding of state education.

This paper features a foreword from Kavit, a pupil at Michaela Community School, which praises the school for the opportunities it has provided.

“As the founder of a free school, I know the difference they can make to children’s lives. The free schools programme is a wonderful achievement - but I worry that we Conservatives are not doing enough to build on our own success. We need to make it clear that free schools remain at the heart of our educational agenda and that we will do all we can to support those who want to establish them.”

Robert Colvile, Director of the Centre for Policy Studies, said:

“It is now clear that free schools have been a success, improving the lives of their pupils - disproportionately in disadvantaged areas - and spurring innovation and competition within the wider education system.

“However, following the departure of Michael Gove as Education Secretary, the programme has steadily been stripped of its originality and distinctiveness. We urge the new Government to build on success by turbocharging the free schools agenda and improving the lives and prospects of children across the country.”

‘Fight for Free Schools’ is available under embargo from the CPS website here.