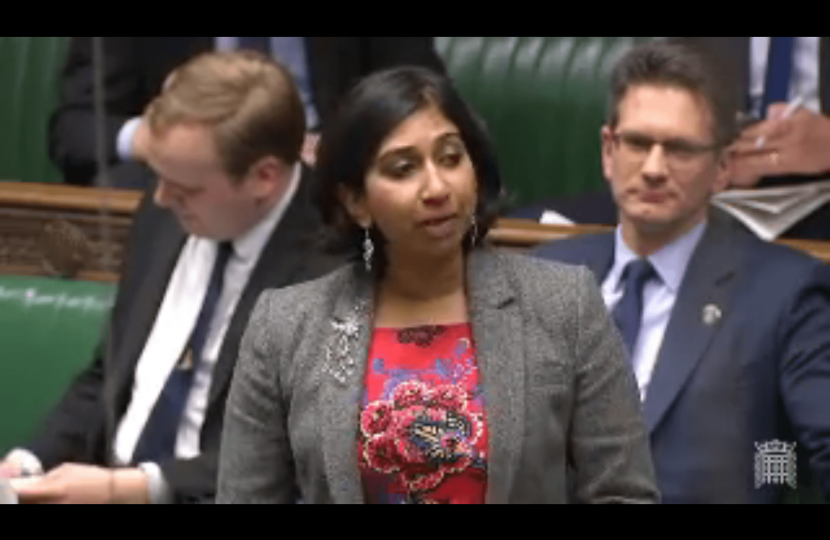 I am grateful to everyone who has written to me in the last weeks and days regarding Brexit and my resignation.

It was an immense honour to serve the Prime Minister and play a part in delivering the historic opportunity of leaving the European Union. However, upon close examination of the Withdrawal Agreement, I was unable to support the deal and therefore took the difficult decision to resign from my Ministerial post. I will be voting against the deal if presented in its current form.

Fareham voted for Brexit, but the draft deal falls short of what people voted for. Firstly, the proposed Northern Ireland Backstop is not Brexit. Without a unilateral right to terminate or a definitive time limit to the Backstop, we will be robbed of the main competitive advantages from Brexit. Consequently my numerous and repeated promises- and those of the Prime Minister- to leave the customs union, single market and to take back control of our laws, will not be honoured. 17.4 million people voted for the UK to leave the EU in our own sovereign way and at a time of our choosing and the Backstop renders this impossible - generations of people will see this as a betrayal.

Secondly, I am a unionist to my core. Indeed, the full name of my party is the Conservative and Unionist Party. The Backstop Proposals in the draft deal set out different regulatory regimes for Northern Ireland and Great Britain, threatening to breakup our precious Union. This is dangerous as it also fuels calls for a second Scottish independence referendum. This is something I know people in Fareham, those who voted both remain and leave, will not stand for and I cannot therefore support it.

I have not put rogue idealism before pragmatism. As Parliamentary Under Secretary of State I sincerely supported concessions, compromise and a fair negotiated deal. However, the concessions made to date have gone too far and no longer respect the decision of the majority of British people or Fareham – whom I humbly serve.