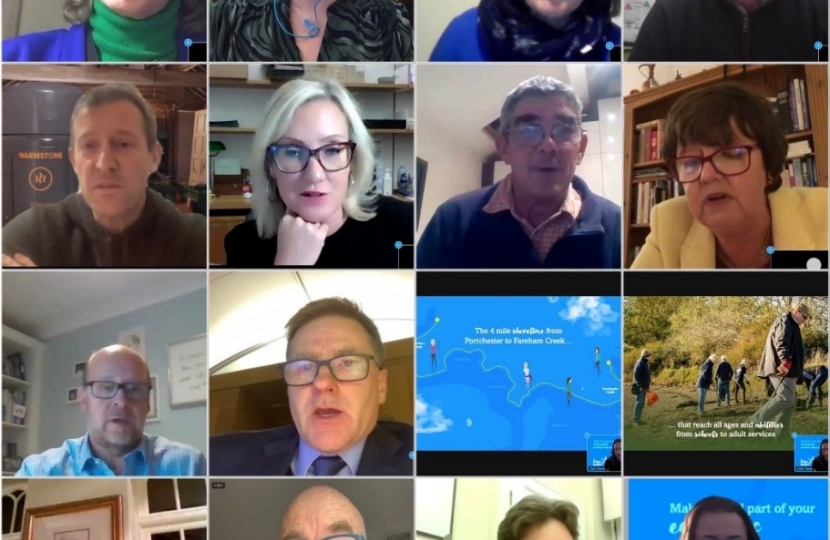 Last night Suella Braverman was joined online by over a hundred Hampshire residents to take part in her virtual Hampshire COP26 Summit. The summit began with Suella reflecting on the UK’s success in Glasgow at the COP26 Climate Conference. This was then followed by a keynote speech from Environment Minister, Rebecca Pow MP. Rebecca reinforced the importance for local communities to work together in achieving a sustainable way of living. The engaging discussions that followed provided Suella with great optimism for Hampshire’s future.

Each panellist delivered promising updates on what they are doing to combat climate change and how they are achieving their goals. Questions put forward by the audience to the panels produced important debate and highlighted the level of commitment from the panellists. Along with attendees, Suella welcomed the many united responses from the panellists. This summit made it clear that there are established members of the Hampshire community who are committed to combatting climate change and are already underway in making a much-needed difference.

“Thank you to the 115 people from all over Hampshire who zoomed into the Hampshire COP26 Summit this evening, which I was pleased to host. It was amazing to see the regional enthusiasm for environmental issues and encouraging that so many businesses and local organisations are keen to carry forward the momentum and take up the mantle laid down by the Glasgow Agreement.”