Trade after Brexit will not just benefit Britain, but the world 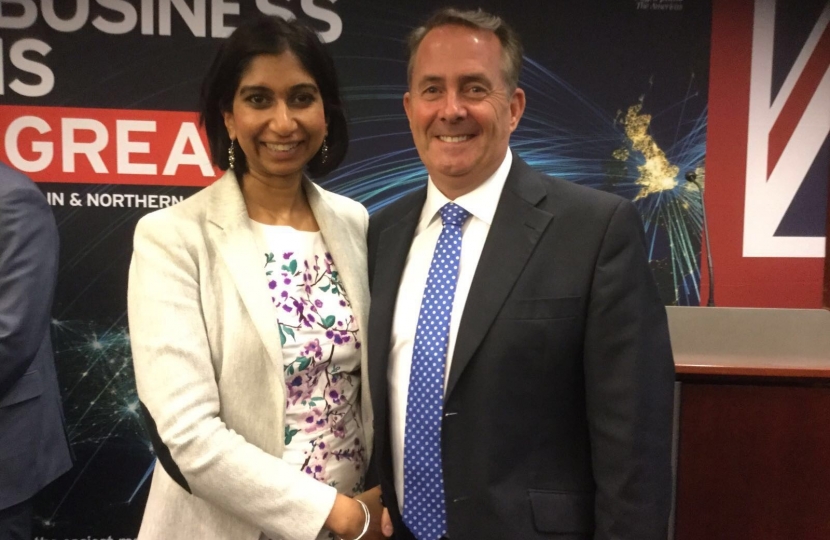 As the new Chairman of the European Research Group, I am passionate about making the uplifting case for Brexit: that of opportunity, freedom and prosperity.

Membership of the EU has had a corrosive effect on politics here in the UK. For decades, the British political class has lacked the confidence to be bold for Britain. This has been partly fueled by the media; and partly due to politicians coming to believe that Experts Know Best, outsourcing power to other bodies. The result is politicians unwilling to make their own final judgments and driven more by media headlines, political correctness and polls, rather than conviction, principle or guiding philosophy.

This sums up the EU establishment. A lack of legitimacy and accountability in the EU has diminished the potency of UK politics. And this has had a destructive effect on our politicians having any sense of clear vision or inspiration. That lack of imagination has led itself to an exaggerated sense of powerlessness, dulling down politics through technocratic and administrative decisions. Whether we are talking about trade, immigration, our courts or agriculture, in all regards, the EU has killed off innovation in politics.

Brexit is a chance to reignite that ability to inspire and enthrall. Politics needs to be less about mechanistic procedures and more about The Big Vision. Less about systemic management and more about creating on a grand scale with radical thinking. More like Disraeli, Churchill or Thatcher who designed stirring blueprints of society. Brexit must not become a bean-counting exercise, which it could. We are not dividing up the estate after a bereavement. This is a birth and a chance for new beginnings; not a death.

We have a real chance to activate a new era of global growth through free trade. By negotiating a new free trade agreement with the EU; leading the way with a ‘prosperity zone’, with countries such as Australia, New Zealand and Singapore that believe in open trade, competition on merit and property rights protection; and building new economic partnerships with Commonwealth, African, Caribbean and Pacific countries to open up channels for agricultural products, the UK can be a beacon of free trade and fair trade.

We can use our post-Brexit trade freedoms to help transform some of the poorest countries in the world. We should end the harmful EU tariffs on higher value processed products which lock out poor countries from competing on a level playing field and get in the way of their development.

Free markets are the strongest force for human economic progress, social justice and empowerment. Emancipating the world’s poor, whilst also realizing our own global economic potential could raise Global World Product by 1.5% per year, meaning a global economy 50% bigger in 15years. That could spell the end of budget deficits, lift billions out of poverty through exponential job creation and propel property to a level not seen before.

So now is the time for those who campaigned to leave the EU and those who see the opportunity ahead even if they didn’t campaign for it, to unite in painting that bold and bright vision of the future of our country and of the world.