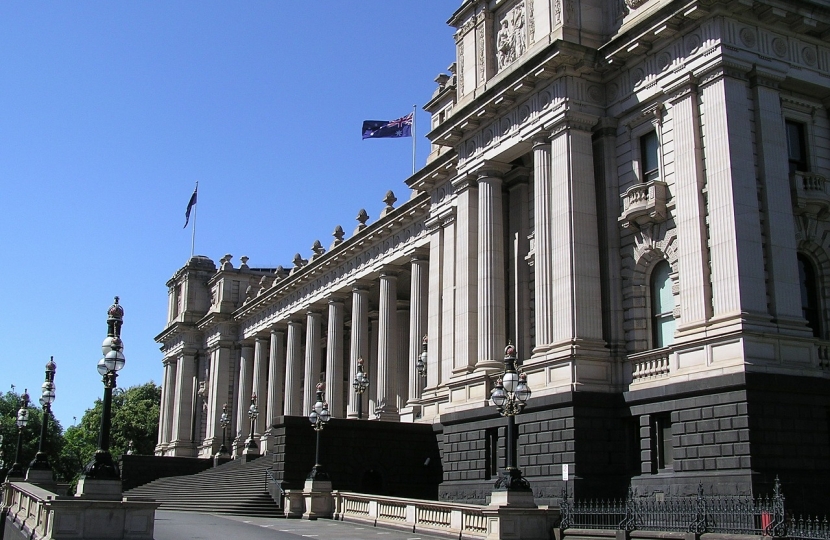 New Zealand and Australia rank among our closest friends. We share a language, head of state and a system of common law, and we have a proud shared history. We also have a common set of values. Like the UK, both nations have always stood up for what is right and maintained a fierce belief in the merits of trade openness, the rule of law, international cooperation and democratic government.

But what we have never had with either is a free trade agreement. That can change now the UK has left the EU. Our future success as a country depends partly on using our new-found status as an independent trading nation to strengthen ties with old allies beyond Europe. Ambitious, wide-ranging free trade agreements with old friends like Australia and New Zealand are a powerful way for us to do that and make good on the promise of Brexit.
From a purely economic perspective, deals with both countries can help deliver the things that our people care about – better jobs, higher wages, greater choice, and lower prices.

Trade agreements with Australia and New Zealand could increase UK exports to Australia and New Zealand by around £1 billion – with beverages firms, the automotive industry and professional services among those expected to benefit. Opportunities for these trade agreements include additional access for UK services and investment, removing tariffs and other barriers to trade in goods and the chance to shape the future of digital trade.

We were Australia’s 7th largest trading partner in 2018-19, with UK businesses trading £18.1billion worth of goods and services with Australia last year. The UK was also the second largest direct investor in Australia and the second largest recipient of Australian Foreign Direct Investment in 2018. An ambitious UK-Australia trade agreement can support this and could increase UK GDP by £500 million and UK workers’ wages by £400 million in the long run. A trade agreement can enable Small to Medium Enterprises (SMEs) to export more goods and services to Australia, building on the 13,400 UK SMEs which already exported goods there in 2018.

New Zealand is an open, advanced economy and has a supportive environment for business; it currently ranks first in the world for Ease of Doing Business. An trade agreement can increase our trading relationship, worth £2.9 billion in 2019, even further. The UK was New Zealand’s 6th largest trade partner in 2019. New Zealand and the UK also share a particular ambition to work together to promote clean growth through trade – a key contribution to a low-carbon economic recovery.
But perhaps more importantly than the pure economics, both these countries are vital to the UK’s future place in the world and our future sovereign capability.
Comprehensive and Progressive Trans-Pacific Partnership (CPTPP)

Strategically, our aim is to place the UK at the centre of a network of modern free trade agreements, turning our country into a global hub for businesses and investors who want to trade in dynamic areas of the world – especially in the Asia-Pacific.

Pivoting towards the Asia-Pacific will help diversify our trade, make our supply chains more resilient and make the UK less vulnerable to political and economic shocks in certain parts of the world. This economic security is important at a time of increased turbulence and uncertainty in the world.
It will also help us forge a leadership position among a network of countries committed to free trade – and strengthen the club of like-minded democracies who share our commitment to advance trade liberalisation, fight protectionism and defend international rules.

Australia and New Zealand are both big players in the Asia-Pacific and share our commitment to free trade. They are also prominent members of the Comprehensive and Progressive Agreement for Trans-Pacific Partnership – a club of eleven countries representing 13% of global GDP. Both Australia and New Zealand support our membership, and free trade agreements with both countries would be an important step towards our eventual accession.

The UK had more than £110 billion-worth of trade in 2019 with the 11 countries in the group and we are determined to increase our trade through membership. CPTPP will help us diversify our trade and build a strong, modern trade agreement between countries committed to free and fair trade in the Asia-Pacific region and beyond.

The Interim Update that the Government is publishing today will reaffirm the Government’s interest in accession to CPTPP. Through further engagement with all CPTPP members, the Government will consider its approach to accession and will update the public and Parliament in due course.
Delivering for the whole of the UK

Our negotiation team is ready to deliver for the UK and we have been clear that any future agreements with Australia and New Zealand must work for UK consumers, producers and companies. We further remain committed to upholding our high environmental, labour, food safety and animal welfare standards in our trade agreement with Australia and New Zealand.

Negotiations will be carried out by video conference, ensuring that talks can progress during the Covid-19 pandemic. In the first round of talks both teams of negotiators will explore respective negotiating objectives and agree a structure and work plan for the coming negotiating rounds. This is expected to take place later in June and into early July. Talks will be carried out remotely initially.

The Government will continue to engage extensively with Parliament, the devolved administrations and the public as we negotiate future trading relationships.

The Government will be opening formal trade talks between the United Kingdom and Japan today.

Around 100 negotiators will be involved on the UK side and talks will take place intensively over the coming weeks and will be carried out remotely initially.

We embark on these trade talks today because both of our countries believe that the right response to the unprecedented economic challenge posed by coronavirus is to make international trade easier and fairer, not retreat into protectionism and state domination of the economy. Japan, like the UK, is a democratic market economy, committed to free trade, the protection of property rights and to upholding and strengthening the rules-based international system on which our security and prosperity ultimately depends.

Last year, UK trade with Japan was worth over £30 billion and 9,500 UK businesses exported goods to the country, helping to employ 2.4 million people across the UK. A successful agreement will see these numbers rise substantially in the years to come.

An agreement will benefit every nation and region of the UK, particularly London, Scotland, and the East Midlands.  It is fitting to launch these talks in the same week that we announce our Future Tech Trade Strategy, since the UK, as a technology superpower, intends this agreement to set a new standard in the enabling of digital technologies and electronic commerce.

Japan is also the largest economy of the Comprehensive and Progressive Agreement for Trans-Pacific Partnership (CPTPP) countries and a natural leader of that organisation.  CPTPP currently represents 13% of global GDP and would increase to more than 16% if the UK were to join. Our Free Trade Agreement with Japan will act as an important milestone towards the UK’s accession to CPTPP, a goal which Japan fully supports.

We and Japan share a desire to have this agreement in force by the end of the year if at all possible and after commencing today our teams will move quickly to complete negotiations at pace. Our common goal is for this agreement to serve as the cornerstone of an even stronger relationship between our two great island nations for many years to come.

Of course, we will draw on the existing EU-Japan trade agreement where it makes sense for both sides to do so.  It will go further and secure additional benefits in areas such as digital trade, and support for the UK’s 5.9 million small businesses.

The Government is committed to transparency and will ensure that parliamentarians, UK citizens and businesses have access to information on our trade negotiations.

A volunteer from Portchester who is promoting acts of kindness and tackling loneliness in the Solent community during the pandemic has today received Prime Minister Boris Johnson’s daily Points of Light award.