What Brexit means for the Conservatives 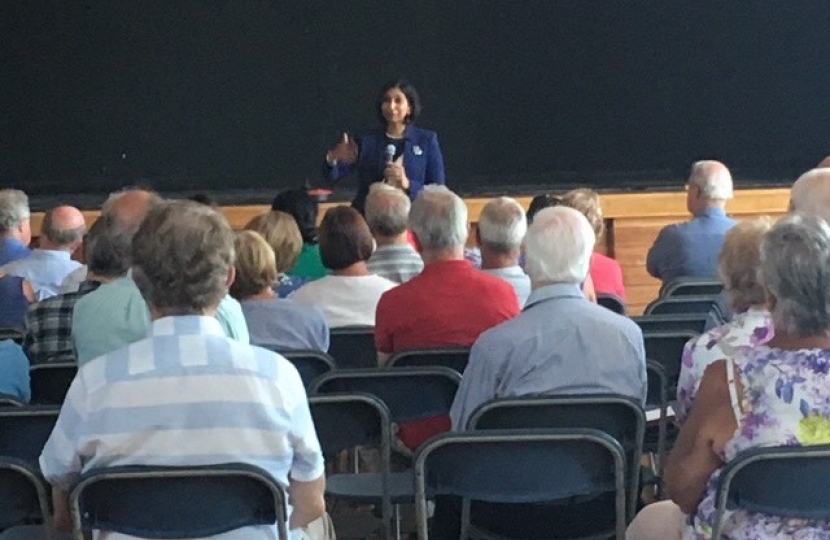 We are, rightly, asking what Brexit means for not just our country, but our party. It is not unfathomable that other parties are asking of themselves the same reflective questions. But the crucial difference in this soul-searching exercise is that we, the Conservatives, are our nations governing party and it is we who have been tasked by the British people to deliver the historic decision to leave the EU.

A free trading Britain will prosper after Brexit and this is an opportunity for the Conservative Party to be the party of free trade.

Contrary to those who wish to denigrate Britain, we are not at risk of becoming an insular country as a result of Brexit. Nothing can be further from the truth. Instead, it should be this Government and Party’s ambition to put Britain at the centre of the argument for global free trade.

We are well placed to seize the opportunities that an independent, global facing, trade policy will bring. Many countries have already made clear their desire to proceed quickly with new trade deals and the UK is the seventh-largest trader in goods and fourth-largest trader in services globally.

In 2015, Britain exported £4.56 billion in medical technology, £25 billion in pharmaceuticals and £19 billion in food and drink. Currently 11 per cent of UK businesses export, as we move towards an independent, global facing trade policy this figure will grow.

We must also be cognizant of the new realities of global trade and what this means for Britain.

The economy of Europe has grown, but the world economy is growing faster. By the time we have left the EU over 85% of the world economy will be outside the EU. Indeed, the IMF predicts 90% of global growth over the next 20 years will come from outside Europe.

It is to the rest of the world that we must look. Like in the last Elizabethan era when we looked beyond Europe to the East, so must we now look beyond the borders of Europe for trade.

There is a compelling case for a new, bold, and global outlook. For some years we have been trading more with the rest of the world than we have with EU. Around 43% of UK exports in goods and services went to other countries in the EU in 2016, or £240 billion out of £550 billion of total exports. This share has been steadily declining. We now import more than we export with the EU, our trade deficit in 2016 was £71 billion. A £24 billion surplus on trade in services was outweighed by a deficit of £95 billion on trade in goods. While we ran a trade surplus with the rest of the world of £34 billion. A £38 billion deficit on trade in goods was outweighed by a surplus of £73 billion on trade in services.

In the last ten years the exports we send to the rest of the world outside of the EU have gone from below £200 billion to over £300 billion a year.

We have seen the remarkable benefits that striking free trade agreements bring, from lower prices for consumers to greater opportunities for our exporters.

Although not always noticeable, the benefits of a liberal trade policy are shared by consumers and households up and down the country. People are given a wider choice of goods and products at a lower price.

Free trade will not only enrich the people of Britain but it is also a force for good globally, lifting people out of poverty and supporting developing countries. For instance, in the 1990s for those developing countries that lowered trade barriers per capita income grew three times faster than in those that did not.

Between 1980 and 2010, according to the World Bank, over a billion people taken out of abject poverty in just a single generation. This achievement, quantitatively unique in scale in human history, would’ve been unthinkable if it wasn’t accompanied by reductions in barriers to global trade.

We have a long and proud history as a great trading nation and ardent champion of free trade with all parts of the world. As we prepare to leave the EU, we must prepare to maximise our trade opportunities globally, across all countries – boosting both our trading relationships with old friends, but also looking to new horizons.

And, we are preparing for Britain’s new role at the heart of global free trade. The Trade Bill, introduced toward the end of last year, will preserve our existing trading relationships, which we are currently signed up to as a member state of the EU. The Customs Bill will ensure we have the freest and most frictionless trade possible.

Free trade will enable us to realise our potential as a nation exporting goods and services around the world, open for international business, supporting emerging markets and spreading the benefits of economic growth.

The moral and economic benefits of free trade are numerous and cannot be ignored, and it is the Conservatives that must make the case.